skip to main | skip to sidebar

In June, Emma took a 2 week 'water awareness' class through the city.  Thankfully, it was a 2 minute drive from our house/20 minute walk BECAUSE she was so exhausted by the end of each class that she struggled to stay awake long enough to eat breakfast before going down for her noon nap ;0  You maybe saw the vid I shared from one day when she didn't quite make it through lunch ;0

On the last day of class, we were able to invite guests to watch our fun day (40 minute class) and allow them to take pics of the experience!  So, of course, inviting we did!  here are a few of the pics that were taken during the class

and her big girl moment of the day!

yep!  The diving board! ...she loved it so much, she wanted to do it again!

the moment that melted my heart she got called up to go get her award!

of course, she went for the treat first ;0

and turned right to mama to give her the papers

taking this class was such a growing period for both of us.  It came right as I'd taken all 'things' out of our schedules and days that weren't focusing on our family's needs.  It was a sweet time to focus and bond with Emma, and I sincerely believe that doing this class, just the two of us, did play it's role in bonding Emma and I closer together.  She'd never really asked or looked for me to cuddle up with or be held by, that was always either Tyler or my mom before this point.  Makes me smile, as though I've been reassured, 'I do love you, mama!'  sigh...

the award moment really did make me get a huge lump in my throat.  I didn't expect a moment like this until maybe kindergarten?!  I shared it with my sis Steph and she was having some of those same feelings with her little man that day/week too!  It was a blessing to both of us to be able to share it and as much as we felt silly about our feelings, feel encouraged that the other one of us was feeling them too...just feeling like our babies are growing up (and kinda seeing their lives flash before our eyes right quick).

It's also let me give her a little independence in teh back yard and in the pool as well, which I think is good for the both fo us. 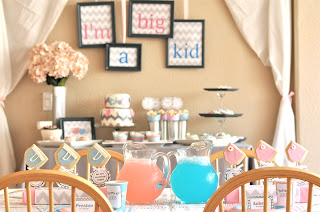 SO...we're potty training.  It's actually not as bad as I had imagined.  Praise God that I have a good imagination?!  Know how to really dread something?  Just kind of like labor, when you imagine the most horrible things ever, when you really go through it, not so bad (at least these times around)...I am exhausted.  It's tiring to read body language and constantly be on the alert in case she doesn't listen to her body!!  BUT she's doing well...

anyhow, still obsessing a bit on how to decorate for the big party this weekend and as i was searching out google, i saw this...had to share.  I told Tyler that if we didn't have her bday party this weekend, I think I would do this!

Ahh...today is a little 'catch-up' day - just sharing random different things over the past few months.  I don't necessarily enjoy sharing this way, as I am an organizer and like for each thing to be in it's own place tied with it's own bow and easy to find later, if needed.  HOWEVER. ;0  Time's too sweet to spend a month (at the least) 'catching up' to only be behind again!  So here's a (long) posting of pics and fun!


Just because she's ADORABLE ;0 (and lets face it, we're all about posting her cute pics!)

...here are a couple of group cousin and cousin-cousin shots that we took back at the end of May at
Tio Carlos' 80th birthday!

it was so nice to see Aguirre family...lots of great memories going on vaca to huntington beach or el centro with my parents to spend time with them...and now that we're all grown up, times together are (very) few and far between...

had to share this pic just because it's not often Tia "duck (as em sometimes call her;0)" has her hairs all down and out of her jammies;0

As many of you know, Tyler's just endured a very tiring and long trek of working incredibly hard and long hours/days (long enough to have earned nearly 3 additional weeks of vacation!)....this day he was just tired and having a head ache and Ms Em went to comfort him and rub his head...

always fun to go see the animals!  Especially when it's 'free before 3':0

one of our first Boyd family outings with the newly arrived Matt, Charrie & Caden!

Emma was not having taking one of these pics...until she saw popi do it too!

little girl is becoming such a big girl!  She's being more and more independent (awesome, yes;0)...just much sooner than we realized she would!  Here she is finally up on a step stool taking control of brushing her teeth

on our way home from san diego (in May) we stopped at downtown disney for a walk and dinner...why not, it was just off of the freeway anyhow!  i rarely get pics WITH em let alone one of her hugging me!

one thing that emma LOVES is going to grandma and grandpas for 1. peaches and 2. to see the cows!

she loves running all about their backyard!

and that day she was particularly interested in grandma being with her;0

...family...love these girls - and i think in the past FIVE years, this is the first pic we've taken!

we were together for Dani's baby shower - so we thought we'd get a full cousin pic including her in it;0

While Emma and I don't go visit often, she apparently knows the drill from when she goes with Tere

getting him fresh flowers, and fixing up/wiping down his marker

And there you have it...a few of the random times in our lives over the past 3 months!

Labels: around the house, birthday, Caden, daddy, Emma, family, out and about, trips

a couple of weeks ago, we went to dinner at our friend's Jenn & Mike's house.  Emma entertained herself a bit while we were chatting and finishing up the dinner preparations.

I don't know about you (all), but I really enjoy when the Lord offers the opportunity to see where we've been and where we are going.

In the last couple of days, I've realized the choices we've made that have really held us back from living the life we've been wanting to live.  Last night we had the opportunity to sit and talk about it all, so now here I am to share with you ;0

For as long as we can both remember, we've been dedicated to our work.  Spending so much time at the office, traveling, etc, we have really skimped on 'living' life by just doing things; going places, being social, being actively involved in not only other's lives, but really involved in our own lives as well.

Just recently, I had been thinking to myself that I've been off of work for two years, and still it doesn't feel like much had changed in that realm.  Feels like it's mostly just the three of us and we're pretty much always home.  Not that there's anything wrong with either of those two things; we've quite enjoyed our time together at home :) HOWEVER, towards the end of Tyler's crazy work hours, I was realizing: it hasn't just been this summer (with this project) or since October (with the CE project) or just the travel with JAMZ or just the side jobs...we'd been 'waiting' to DO life once things were done, but they continued to come to us one after the other.

I finally got to the point, about the first week of July that I wasn't going to wait for Tyler's schedule to allow for Emma and I to do things.  We'd been not planning things with others, or turning down invitations because we couldn't all attend.  Some of you may be thinking, WHY?!  I guess when there continued to be the it's (project/season/whatever was going on) 'almost' done season and hope for it being done...and in the mean while lots of time had gone by.  WELL, I finally accepted invites regardless and set out to DO things.  And it's been GREAT!

Then Tyler being done with working the 80 hour work week, we've continued rolling with it getting together with family, having people over (so we're not just vegging at home;0), going out to the mall and dinner last weekend for Emma's birthday and just this past weekend, going to the lake Saturday and the beach yesterday.

It feels like we're a a family unit, doing things together (okay...because we are;0) and it feels awesome!

Sad that it took us this long to get here, but grateful we're here none the less.  Now the challenge is to continue this pattern - and no, not crazy doing stuff day in and day out NEVER being home, just including int in to our weeks, ya know?  Our pact is that we speak up next time we see ourselves falling back in to the old rut.

We see ourselves turning another page in life and starting a whole new chapter.  We are refreshed.  We are enjoying right where the Lord has us at this moment.  It feels awesome.

Tyler's on (a well deserved) vaca this week, so hoping to have a chance to upload some pics and share them at some point!
at 9:54 AM 2 comments:

PRESS PLAY! tunes while you browse 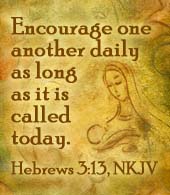